Brenda’s School of Baton & Dance has trained hundreds of young dancers and performers, some of who have gone on to hold professional roles with leading dance companies. 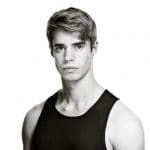 My name is Jesse Fraser and I started tap dancing at BSOBAD in 1998. I quickly felt like I was welcomed into the BSOBAD family, and within a couple years I was spending every night and weekend at the studio, learning jazz, hip hop, musical theater, ballet and a little bit of baton. When I was 13 I got the opportunity to audition for the Royal Winnipeg Ballet School and at 15 I moved there to improve my ballet skills, thinking that I would one day return to jazz and tap. I ended up graduating from the RWB school in 2009 and getting a job dancing professionally in Germany with the Stuttgart Ballet. I stayed there for 5 years and then had the chance to move to Zurich, Switzerland to dance for a company called Ballet Zurich, where I still dance today. With these two companies, I’ve been able to travel around the world and dance choreography by some of the world’s most renowned choreographers! I am lucky enough to still perform on stage regularly: in Zurich we do about 70 shows per year. If all goes well with Corona, next year we will go on tour to perform in Thailand, Turkey and Australia!

Growing up at BSOBAD gave me some of the most fun and memorable experiences of my life. I couldn’t get enough of the place! I literally wanted to spend all day everyday at the studio with my friends, learning steps or just hanging out in the corridors between classes. BSOBAD fosters an environment that allows you to flourish whether you enjoy dancing as a hobby or if you have the desire to pursue dance professionally. My time here truly ignited a love for dance in me, it gave me a sense of belonging, taught me about team work, gave me a set of lifelong friends and gave me a diverse skill set as a dancer that I could use to my advantage in my ballet training. 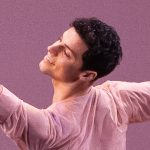 Keaton Leier grew up in the city of Saskatoon. His love of dance started at age of 7, when he took his first hip hop class. He continued studying dance with Brenda’s School of Baton and Dance for 9 more years. At 17 he auditioned for the Royal Winnipeg Ballet School where he was accepted into the professional division. After three years with the school he graduated with distinction. The next progression in his career was becoming a member with Houston Ballet II, taking his first step in the professional world. Keaton is currently dancing in his 4th professional season with the Atlanta Ballet (America’s longest running ballet company) and is continuing his passion for the art within the company. His most recent highlight was getting to perform the Nutcracker Prince at the Kennedy Center in Washington DC. Some more highlights include dancing Gurn in La Sylphide as well as the lead in Liam Scarlett’s Vespertine. Throughout his career he has worked with many world class choreographers and teachers and has performed on stages all throughout Canada as well as the United States. Keaton is passionate about sharing his knowledge and love for dance with his home, Saskatchewan.

“I believe that my time at BSOBAD has a huge impact on the on the person I am today. The studio introduced me to my love for the arts and taught me many important tools like communicating and collaborating with others, as well as the importance of hard work and perseverance. The time I spent there had set me on a path towards the artistic journey that I’m on now and I am very grateful for my time spent growing up there!”

Brooklyn Marshall is a Canadian freelance dancer based out of Toronto. Originally from Saskatoon, she trained in all styles at Brenda’s from a young age. After completing her Advanced 2 RAD ballet exam with distinction, she trained in Toronto to participate in the Solo Seal Award. She has since performed in theatres and on sets, nationally, and internationally. She’s performed with Ballet Ouest de Montreal, most recently for her soloist role of the Winter Fairy in their touring production of Ella. She has also performed on many TV shows, dancing in Titans, American Gods, V-Wars, Mary Kills People, and Reign. Other various performances include a showing with the Toronto Symphony Orchestra, Brendan Fernandes’ art installation Reverence, MAC Cosmetics Nutcracker Campaign, and Harley Valentine’s sculptural art installation, as well as being a backup dancer for Alice Glass, and for the HUM Awards.

“BSOBAD was such a wonderful place for me to grow as a dancer, and especially as a performer. I was able to work on technique but also on my own personal style and performance qualities that have helped me so much in my career! I’m forever grateful to the studio for giving me a place to grow and learn into the dancer and person I am today.”

“There will always be someone that’s a better turner, or more flexible, etc, but you can’t focus on that. What you can focus on is being better than you were the day before, and remembering who you are and what you offer as a performer!” 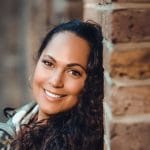 BBC One’s “All Together Now” tv judge wa’s born in Saskatoon, Canada to a Trinidadian mother and Hungarian father. Muelissa Veszi aka ‘HunnyB’ has had music in her life from a young age, with a mother who was a music teacher and training in dance and piano from the age of 3.

Her first professional taste of performing live was singing background vocals for Shania Twain at 16. She has since been blessed to work with renowned artists that include Rod Stewart and Geri Horner of the Spice Girls.

Focusing on a lifelong career in music, HunnyB teamed up with producer (and now husband) NHD Musiq, and has settled in the United Kingdom.

HunnyB loves to fuse her pop vocals with many different genres, including world music. She has released numerous hits that have reached thousands of plays on YouTube and music streaming services. Such releases include FIRE, with chilled vibes and a banging beat, LIONESS, featured on Spotify’s INDIE RADAR, ‘Round & Round (feat. Joe Budden)’, which was the 3rd most streamed song from an independent artist on SingersRoom. and ONE LIFE, which caught the attention of BBC Radio and became ‘BBC Introducing’s Track of the Day’.

As an actor, Melissa Veszi has been on hit television shows for prestigious networks that include TNT, UPN, MGM, and CTV. Notable credits include, Star-gate, Jake 2.0, Instant Star, ReGenesis and Goodbye Girl. The film she shot with Pierce Brosnan, ‘I.T’ is now on Netflix after a short time in theatres.

HunnyB has also toured Canada in many musicals such as WestSide Story, Little Shop of Horrors, Evita, Bye Bye Birdie (Rosie), Beauty and the Beast (Belle) and Dreamgirls, to name a few. She has sang national anthems at international sporting events such as the Blue Jays VS Tampa Bay MBL game (Major League Baseball) and the Memorial Cup (professional hockey).

HunnyB is set to release much more music and has some very cool projects that will enter the world soon — stay tuned!

“Having trained at Brenda’s school of Baton and dance not only helped grow my passion for the arts, but it was a placed that nourished it. This was the first time I ever felt that with hard work and dedication, anything was possible and that I could live out my dreams if I really wanted to. BSOBAD is not only a dance school but a family community. Being a part of this family shaped me as a performer and as a human being, teaching me how to support others with the same aspirations. Thank you Brenda for giving me the best start a passionate, strong willed young girl could ask for. Love you to the moon always.”